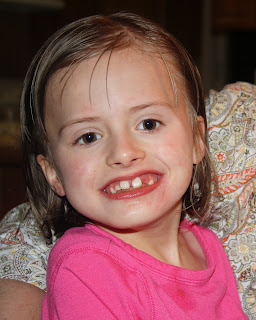 Jordyn and Grandma A. 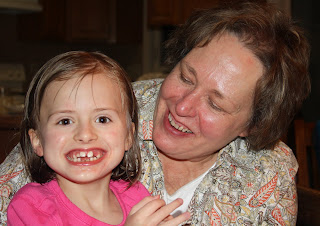 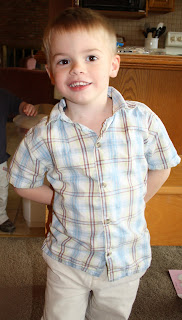 We had a family party in WY the weekend before their birthdays. I think Evan's fav. gift was his Spongebob video game from his Aunt Linda and Uncle Travis. Jordyn loved her Care Bear blanket from Aunt Krystal.

Then we had a second party in Billings. We headed up there for a few doctor's appointments for Jordyn, so we stayed to celebrate on their birthdays! Evan requested a "Robot Cake" because he loves the new cartoon "Umi Zoomi" and his fav. character is the robot. I'm all about making it easy and this worked great. 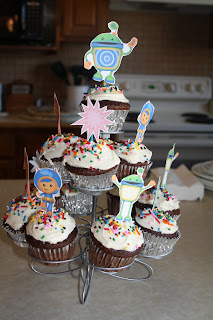 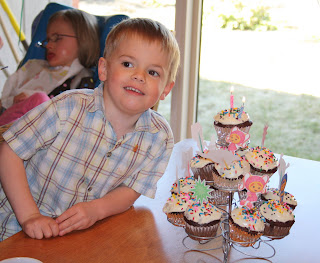 Yes, Jordyn slept through most of her party! (photo above) 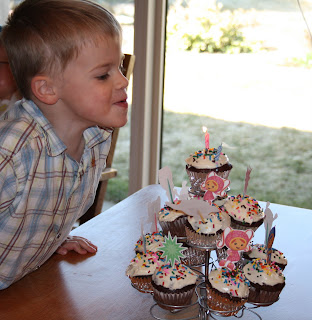 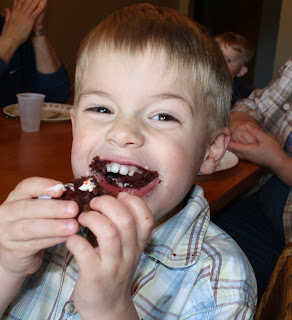 My kids are obsessed with cake. 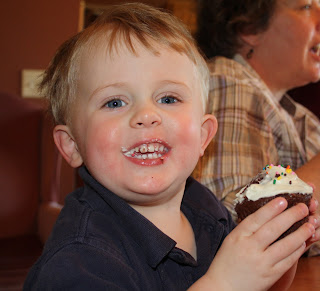 My best friend, Jeni, was in town for the weekend, so she came to Evan and Jordyn's party, along with her son, Jackson, and her mom and dad. We lived on the same street growing up, so it was GREAT getting to see them and visit for awhile! Jeni gave the kids a bubble machine... they loved it! 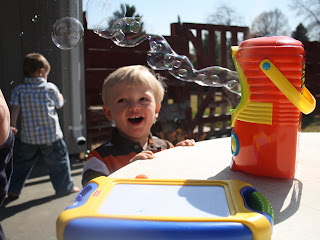 Isn't Jackson so cute? We thought him and Carter looked alike. 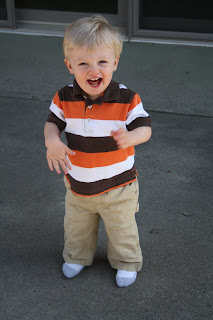 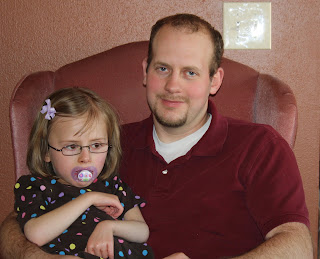 We tried REALLY hard to get a good picture of the kids before church. The boys DO NOT cooperate! This was the best we could do...not too bad! Jordyn is wearing her new dress that her Grandma A. bought her. Jordyn made out pretty good with three REALLY cute dresses this year. 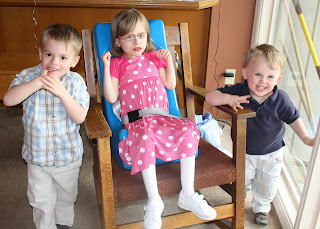