We don't really have any big plans this summer. We've decided to save as much money as we can to get a ton of work done on our yard. We'll be missing my family reunion, over the 4th of July, in CA.... please don't talk to me about it or I might start crying!!! Ok, regaining my composure....
So, we might be taking lots of short trips to Billings and Buffalo to see our families. We went to Billings a few weeks ago. Jordyn had a regular check up with her GI doctor. Nothing new, we just changed a few medications (no improvements so far) and are waiting for Denver to call us back.
Then over Father's Day weekend we went to Buffalo. Tom was hired to wash the windows at the ranch (the lodge has LARGE windows) once a month, so we headed out there to play... while he worked! Nah, it only takes him two hours.

So enjoy the photos from our recent weekend excursions!

Carter is so darn cute when he's sad! I have never seen a kid show off that pouty lip as much as him! He tends to get his feelings hurt VERY easily. He doesn't cry right away (unless he's injured), he just pouts for about a minute and then crys or gets over it. We can't help but laugh when he does it! 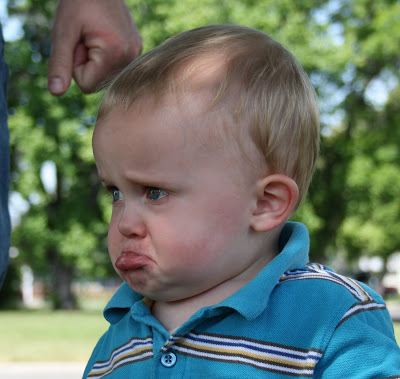 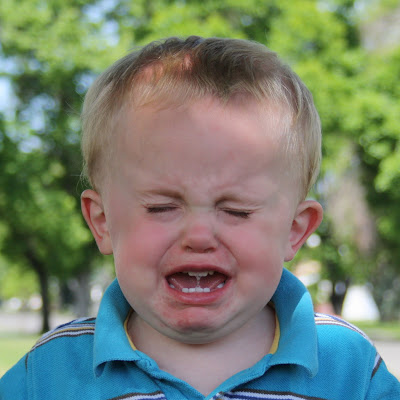 I have a weight problem...

Not me....MY KIDS! For a while now the kids have been inching closer and closer to ALL weighing the same. You heard me right...our three kids, ages SIX, THREE, and EIGHTEEN MONTHS weigh almost the SAME! hahaha I can't believe it! I thought about waiting to see if we could get the scale to say the exact same weight for all of them, but I couldn't wait any longer to blog about it. Not sure if that will ever happen, but I'll let ya know if it does!

So, Jordyn is WAY under weight because of her reflux condition (eosinophilic esophogitis). We are actually working on setting up appointments to take Jordyn to Denver to see a specialist for her condition. They put on a clinic for her exact condition and you see a GI doctor, allergist, nutritionist, and a few other doctors all at once. Right now they are evaluating her records to see what they want to do for testing, etc. It might be a few more months before we get to go. We are hoping they can at least help us find something to IMPROVE the throwing up. They have not found a cure for this disease yet, so it's basically trying to find a treatment that works the best. I feel like we have tried everything in the past year(besides a feeding tube - I pray we never have to go there) and nothing has helped.

Evan. Can't say much about him...I think he's pretty average for his age.

Now Carter.....oh boy! I have never seen an 18mo. old so OBSESSED with food! He is hilarious! People will pick him up and say,"WOAH! He is HEAVY!" The last week, Tom and I have been talking about being a little more strict with his diet! 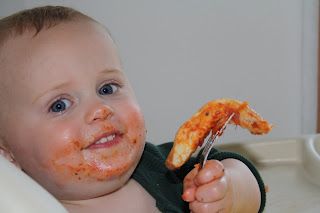 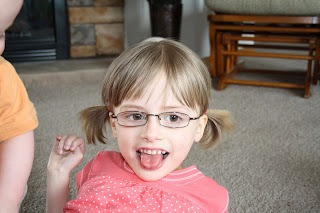 Jordyn's pigtails are BACK! After going through a rough patch of behavior problems and pulling a ton of hair out....it finally grew back! Love the pigtails! 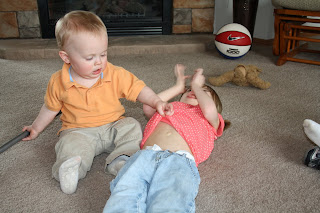 Carter checking out Jordyn's belly button. He will randomly walk up and kiss or tickle Jordyn now. It's cute. 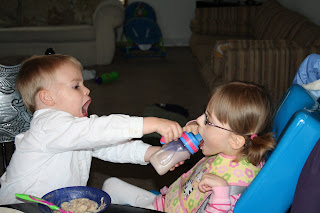 My new helper. I love how he opens his mouth when Jordyn is supposed to open hers! 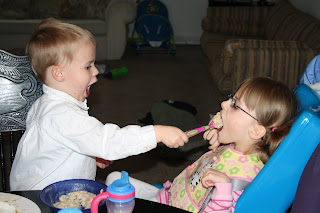